Skip to content
Here is one hot gosip artis Melayu: Every now and then we read about Malay artistes having marriage problems, cerai talak satu, dua or tiga, messy divorces and whatnot.

But then there is this Malay singer-actor-radio-deejay-comedian-TV host Salih Yaacob, who keeps kawin lagi, lagi, dan lagi. Yes, Salih Yaacob, or some called him the artiste with jug ears  like Yoda, is geting married again. His forth wife. Probably after Hari Raya Adilfitri.

50 year-old Salleh Yaacob aka as “Pisang Panas” (one of his song titles) is going to achieve his marriage quota; having four Muslim wives. His forth wife is a 24 year-old  UiTM student by the name of Emi. 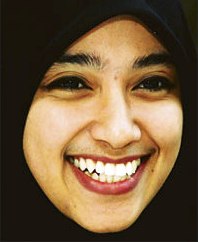 According to a Malaysian entertainment report, this Johor perempuan Melayu Emi is attracted to this abang comel’s sharp pointed nose and not his pair of jug ears like Yoda.

This “Gali Lubang, Tutup Lubang” fame artiste can teach a thing or two to the other Muslim Malay artistes who are always having marital problems.

Marriage Quote: “Marriage is a book of which the first chapter is written in poetry and the remaining chapters in prose.” – Beverley Nichols